Wavelength-division multiplexing (WDM) is an approach that can exploit the huge opto-electronic bandwidth mismatch by requiring that each end-user’s equipment operate only at electronic rate, but multiple WDM channels from different end-users may be multiplexed on the same fiber.

There are two alternatives for WDM metro networks: dense WDM (DWDM) and coarse WDM (CWDM). In high capacity environments, DWDM is used. In DWDM, the channel separation can be as small as 0.8 or 0.4 nm, for up to 80 optical channels at line rates up to 10 Gbps. DWDM technologies is very expensive, so its application to access networks is difficult. Instead, CWDM is merging as a robust and economical solution. The advantage of CWDM technology lies in its low-cost optical components. CWDM offers solutions for 850, 1,300, and 1,500 nm applications at 10 and 40 Gbps on up to 15 optical channels spaced 20 nm apart. Both CWDM and DWDM technology have their place in current and emerging metro-network infrastructure. When these technologies are used in combination with appropriate optical fibers, the economic benefits, which help to lower system costs, are significant.

Arrayed wave guide grating (AWG) is one of the most promising devices for multi/demultiplexer in WDM system because of its low insertion loss, high stability and low cost. The arrayed wave guide grating was first proposed a solution to the WDM problem by Smith in 1988 and was further developed in the following years by Takahashi [who reported the first devices operating in the long wavelength window. Dragonet.extended the concept from 1 x N demultiplexers to N x N wave lengt routers which play an important role in multi-wavelength network application.

The key advantage of the AWG is that its cost is not dependent on wavelength count as in the dielectric filter solution. Therefore it suits metropolitan applications that require the cost-effective of large wavelength counts. Other advantage of the AWG is the flexibility of selecting its channel number and channel spacing and, as a result, various kinds of AWG’s can be fabricated in a similar manner.

Polymers offer excellent potential for the realization of low cost WDM components because they can be fabricated easily at low temperature on various kinds of substrates. Polymeric AWG multi/demultiplexers have attracted much attention due to its easy fabrication, low cost, and the potential of integration with other devices such as polymer thermo-optic switches for add-drop multiplexer applications.

Since BenzoCylobutene (BCB4024-40) polymer offers some advantages such as low birefringence, good thermal stability and low wavelength dispersion,it has been chosen as core material in this project. BCB polymer becomes an attractive material and has been used for fabrication of various optical devices, for instance, optical switching, polymeric optical wave guide and multimode interference optical splitter.

In this paper, a proposed design of 4×4 channels conventional AWG which able to operate at central wavelength of 1.55 μm with channel spacing of 100 GHz and 1200 GHz based on BCB-4024 polymer with refractive index of 1.5556 will be presented. 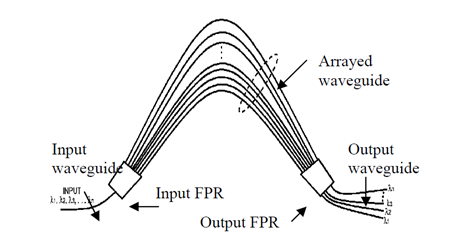 Figure 1. The structure of AWG demultiplexer

A DWDM/CWDM signal launched into one of the input wave guides will be diffracted in the first slab region and coupled into the arrayed waveguide by the first FPR. The length of the array wave guides has been designed such that the optical path length difference (ΔL) between adjacent array wave guides equals an integer (m) multiple of the central wavelength (λc) of the demultiplexer. As a consequence, the field distribution at the input aperture will be reproduced at the output aperture. Therefore, at this center wavelength, the light focuses in the center of the image plane (provided that the input wave guide is centered in the input plane).

If the input wavelength is detuned from this central wavelength, phase changes occur in the array branches. Due to the constant path length difference between adjacent wave guides, this phase change increases linearly from the inner to outer array wave guides, which causes the wave front to be tilted at the output aperture. Consequently, the focal point in the image plane is shifted away from the center . By placing receiver wave guides at proper positions along the image plane, spatial separation of the different wavelength channels is obtained.