A thin-film resonant cavity filter (TFF) is a Fabry-Perot interferometer, or etalon, where the mirrors surrounding the cavity are realized by using multiple reflective dielectric thin-film layers.

This device acts as a bandpass filter, passing through a particular wavelength and reflecting all the other wavelengths. The wavelength that is passed through is determined by the cavity length.

A thin-film resonant multicavity filter (TFMF) consists of two or more cavities separated by reflective dielectric thin-film layers, as shown in Figure 1 below. 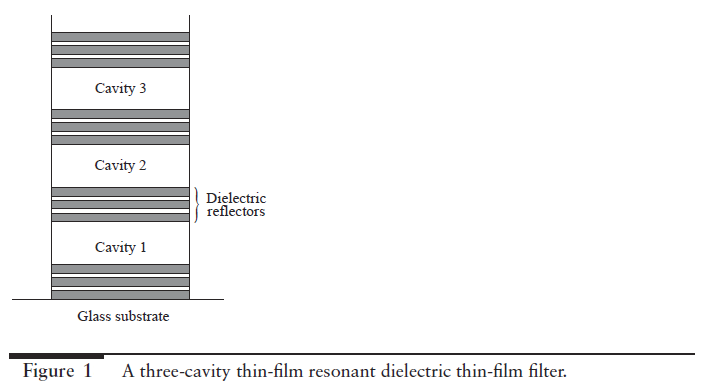 The effect of having multiple cavities on the response of the filter is illustrated in Figure 2 below. As more cavities are added, the top of the passband becomes flatter and the skirts become sharper, both very desirable filter features. 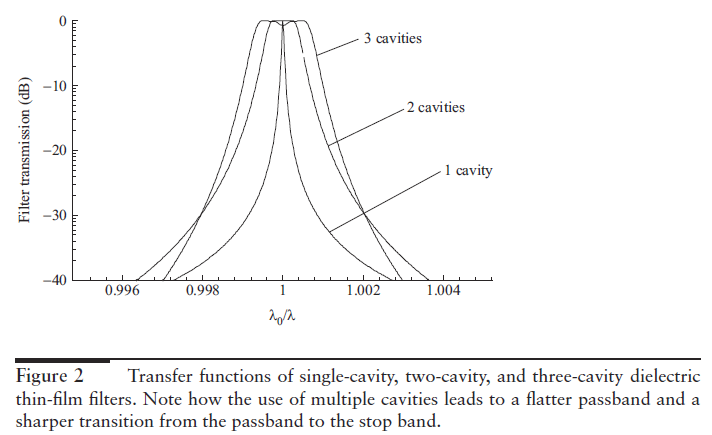 In order to obtain a multiplexer or a demultiplexer, a number of these filters can be cascaded, as shown in Figure 3 below. 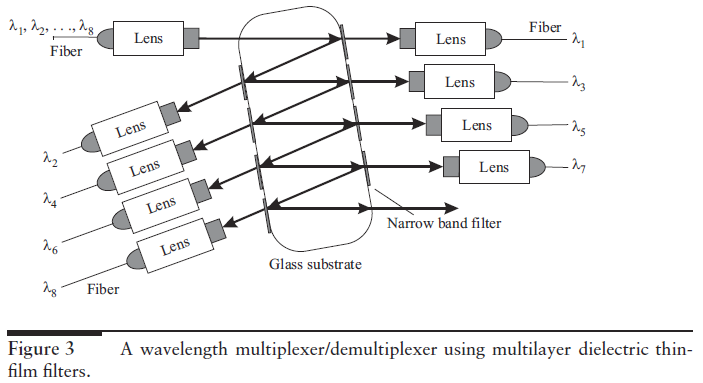 This device has many features that make it attractive for system applications. It is possible to have a very flat top on the passband and very sharp skirts. The device is extremely stable with regard to temperature variations, has low loss, and is insensitive to the polarization of the signal.

Typical parameters for a 16-channel multiplexer are shown in Table 1 below. 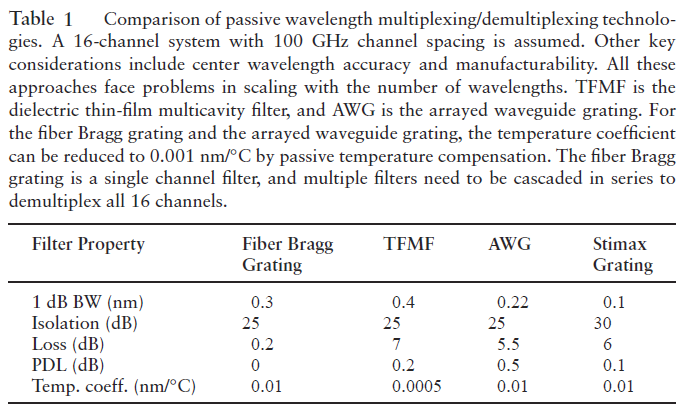 For these reasons, TFMFs are becoming widely used in commercial systems today. Understanding the principle of operation of these devices requires some knowledge of electromagnetic theory.