1. What is fiber optic transponder?

In optical fiber communications, a transponder is the element that sends and receives the optical signal from a fiber. A transponder is typically characterized by its data rate and the maximum distance the signal can travel.

>> The difference between a fiber optic transponder and transceiver

So transponders provide easier to handle lower-rate parallel signals, but are bulkier and consume more power than transceivers.

The modules can be used to enable DWDM applications such as fiber relief, wavelength services, and Metro optical DWDM access overlay on existing optical infrastructure.

They support full C or L band tunability and is designed to interoperate with any Open DWDM line system that support 50GHz spaced wavelengths per the ITU-T grid.

Some transponders can convert from multimode to single mode fiber, short reach to long reach lasers, and/or 850/1310nm to 1550nm wavelengths.  Each transponder module is protocol transparent and operates fully independent of the adjacent channels. 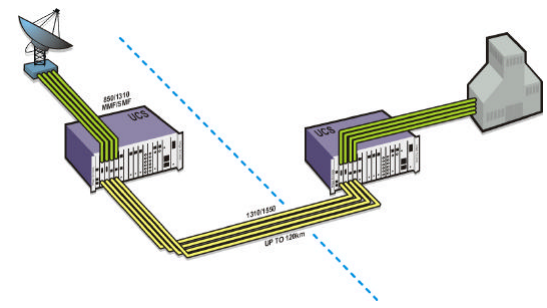 Each transponder module can also include a redundant fiber path option for extra protection.  The redundant fiber option transmits the source signal over two different optical paths to two redundant receivers at the other end.

If the primary path is lost, the backup receiver is switched on. Because this is done electronically rather than mechanically, it is much faster and more reliable.

As an optical repeater, some fiber optic transponders effectively extend an optical signal to cover the desired distance. With the Clock Recovery option, a degraded signal can be de-jittered and retransmitted to optimize signal quality.

Mode conversion is one of the quickest and simplest ways of extending multimode optical signals over greater distances on single mode fiber optics.

Note:  Most receivers are capable of receiving both multimode and single mode optical signals. 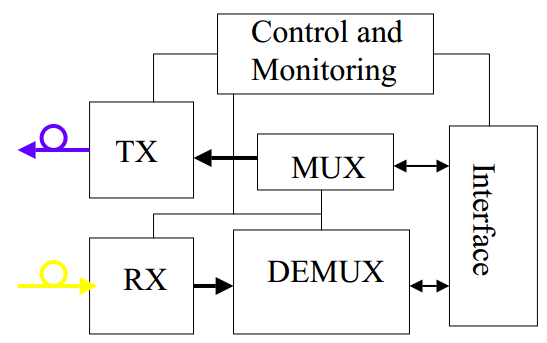 These optical transceivers with built-in MUX/DEMUX come in a compact package with a multiplexing function converting 622Mbps low-speed electrical signals to a 10Gbps ultra-high-speed optical signal.

They can contribute to significantly smaller and cheaper optical interfaces in communications equipment and switches/routers. 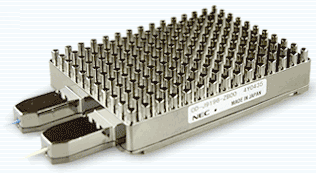 4. How to select a transponder?

The following figure shows an example setup for jitter measurements.

There are significant differences between the filtered eye and the unfiltered eye. Eye measurements vary by distance and, because of the error rate (ER), may require optical modulation amplitude (OMA) instead.